In the chorus established an annual choral competition, the first winner of which was John Burge 's Songs of War. Good music for concerted male voices has occupied major composers only marginally in the past, and enthusiastic performers such as the New York City Gay Men's Chorus are providing an outlet and an inspiration for new music. The performances were all used as benefits for the local communities to raise funds to combat the AIDS crisis in those cities. Again the performances raised funds for local AIDS charities.

In London the host for the concert was Simon Callow. The concert was recorded as well as televised on national television. In addition to their own performance in Amsterdam, the choruses also took part in the cultural part of the Gay Games V. The performances featured Roberto Cabral and dance group, Mexico de Colores. The Chorus has produced eight recordings. The first two recordings were the first ever given to a gay chorus by a major label.

They were on the Pro Arte label. The third and fourth recordings were on the Virgin Classics label. The fifth, seventh and eighth were independently produced by the Chorus. We recently expanded, and now provide services in both our Harlem office and our new Brooklyn office, as well as via our mobile outreach until in Manhattan, Brooklyn and The Bronx. The inclusion of any organization or person in this database does not constitute a representation, warranty or endorsement with respect to the competence, suitability or reliability of such organization or person by NYC Service; nor does NYC Service sponsor or endorse any third-party website.

Here's a look at some Gay Men groups near New York.

For that, I certainly give Schultz credit. Schultz has said that he will only run if the Democrats don't choose a moderate candidate, so it's very possible he could be a spoiler to help Trump. Thankfully, I had the chance to ask him about his very anti-" Medicare for all " stance. Below are the exact words of Schultz and me for you to evaluate on your own. Of course, I will splice in some of my opinions here and there. If you're unsure of what "Medicare for all," is, it's a policy presented by some Democrats and independents such as Bernie Sanders that propose to expand the current Medicare program to every American citizen to ensure that every person has the right to healthcare, including those that currently can't afford private health insurance.

Before we start, I'll say that while I certainly disagree with him on healthcare, there are a few stances I agree with such as the need for serious reform on prescription drug prices. 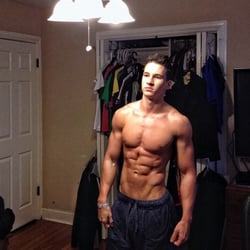 One of my pet peeves is the rejection of claims or stats without a proper or alternative explanation, which is clearly what's going on here. It was then and was proven to be imperfect. The idea was to provide access as much as possible to 20 to 30 million Americans who do not have health insurance. Since then, two bad things have happened.

Premiums have doubled, and 20 to 30 millions Americans are uninsured. Schultz is right. The ACA was watered-down and wasn't fully what it needed to be. Its original intention was great, but compromise and the Democratic party's inability to unite forced a very weak version of the original bill. Yes, those insured under Obamacare. But now we get to you. The government hasn't really demonstrated running anything well, let alone a healthcare system for America. This is where I'm a bit concerned.

The government does, in fact, run two public health systems, Medicare and Medicaid, and they're both viewed favorably by large majorities of the public. Polls also indicate a high level of support for government being responsible for healthcare coverage. It's concerning Schultz didn't realize this. One-hundred-and-eighty million Americans get their insurance from their employer. The disruption is massive. You've heard Bernie Sanders and Kamala Harris and other Democrats say, "We're gonna eradicate, we're gonna remove the insurance industry from America. I don't think the government has the right to eradicate an entire industry.

The eradication of an industry is very much needed and possible when it is exploiting Americans or affecting Americans in a negative way. Take for example the banking system pre-Federal Reserve. Before the central bank was established, there was a private currency system that was different for every state bank. You had different bank notes from different states with different volatilities.

To solve this, we instituted the Federal Reserve which made sure to have a central currency that could be accepted everywhere. One could also say that the measures the government has taken against for-profit college were made to specifically take down that industry. Plus, million Americans getting insurance from their employer is irrelevant. Under "Medicare for all" ALL have coverage. So what're we going to do? Every American should have affordable access to healthcare. What we need is more competition, more choice. But, I wanna move back in and fix the ACA.

First off, "access" is very different from actually getting healthcare.